It is unusual for a rapporteur to abstain from voting on a resolution that he or she has proposed. This is what Green MEP Yannick Jadot did when the European Parliament voted on the carbon border adjustment mechanism (CBAM). He did so to protest against a last-minute amendment that cancelled the removal of the free allowances assigned to some firms in the European Union (EU) Emissions Trading Scheme (ETS). The resolution is a roadmap that aims at guiding the work of the Commission in charge of making a proposal in June 2021.

The adopted resolution does not seem to revolutionize the current functioning of the ETS. Basically, it takes up France’s proposal to make importers pay the price of emission allowances corresponding to the carbon footprint of imported products. Foreign firms are not participating directly in the ETS by buying allowances on this market. They do not trade on a parallel market, since the price paid is the one of the ETS. Rather, the mechanism is similar to an import tax (or tariff) whose base is the carbon footprint of imported products. The rate applied to this base varies from day to day according to the price of a ton of CO2 on the ETS. Importers will therefore not intervene directly in the European carbon market, but they will pay the same price. Nevertheless, the implementation of such a mechanism requires to reshape the ETS.

The text mentions two principles that should logically imply the abolition of free allowances, which, as the regulations currently stand, must remain in place until at least 2030. The first is the polluter pays principle. A polluting firm who gets its emission allowances for free does not pay the full social cost of its pollution. Hence the polluter pays principle is violated. The second principle is the compliance with the World Trade Organization rules. Free allowances give European companies a competitive advantage over their competitors outside the EU, who will have to pay the price of allowances corresponding to their sales in the Union. European industries are protected twice from international competition by both the free allowances and the CBAM. Instead of re-establishing a more level playing field, the CBAM combined with free allowances reverses the competitive advantage to the benefit of European companies.

Reducing the carbon footprint of products

The objective of the EU ETS is to incentivize companies subject to the scheme to reduce their greenhouse gas emissions. For this to be effective, the emission allowances must correspond to actual emissions, which implies being able to measure, or at least estimate, these emissions. This is indeed one challenge with the CBAM: how to measure the carbon footprint of a ton of steel produced in a non-EU site? The project recommends using European data, i.e. charging according to the emissions that this ton of steel would generate if it were produced in Europe. This method has the merit of treating steel producers on both sides of the border equally. However, it does not reward foreign producers for their investment into pollution abatement.

Take the example of LKAB, a Swedish company that is investing €40 million to decarbonize its steel production by replacing coal with electricity. This investment can be made profitable if this reduction in emissions translates into a significant reduction in the allowances that LKAB will have to purchase. The economic gain is the value of the avoided allowances. This is not the case if this investment takes place outside the EU, even if the steel is destined for the European market, since CBAM will charge for the allowances that would have been necessary to produce this steel with the standard technology and not with this innovation.

In order to address this issue, the resolution states that “importers should have the option to prove […] that the carbon content of their products is lower than those values, and avail of a payable amount adapted accordingly”. In doing so, it opens a new field: the creation of an independent body in charge of collecting, analyzing and verifying this information. It will have to be able to calculate the carbon footprint of a ton of steel produced in an identified production site, taking into account not only the production method, but also the carbon balance of the inputs and the local price of carbon. The calculation is complex. There is a significant risk of capture by industrial lobbies. In other words, many challenges have to be met before such an institution is created.

Even if it remains on its sidelines, the CBAM project will change the way the European carbon market operates. The ongoing discussion about its design and implementation is an opportunity to improve the emissions trading market. But cures can kill the patient, as a study of adjustments to the U.S. SO2 permit market shows.

The views and opinions expressed in this post are solely those of the author(s) and do not reflect those of the editors of the blog of the project LIFE DICET. 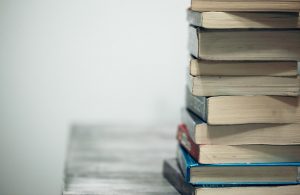 In the context of the Paris Climate Agreement, there is today a strong need for enhanced international cooperation fostering emissions trading around the world. Based on the research of the project called LIFE DICET – Deepening International Cooperation for Emissions END_OF_DOCUMENT_TOKEN_TO_BE_REPLACED
View Calendar
Add